Naver-Poshmark merger to give fresh growth momentum to both firms: Poshmark CEO

Naver-Poshmark merger to give fresh growth
momentum to both firms: Poshmark CEO This image provided by Naver Corp. shows Manish Chandra, founder and CEO of Poshmark, speaking during a press event with the Korean media held in San Francisco and streamed online on Jan. 13, 2023. (PHOTO NOT FOR SALE) (Yonhap)

SEOUL, Jan. 15 (Yonhap) -- The head of Poshmark, a U.S. social commerce marketplace for fashion, has said the merger with South Korean tech giant Naver Corp. will give fresh growth momentum to both companies and help them grow into a global player in the world.

"I'm really excited about our integration with Naver, which I believe really creates a lot of potential moving forward," Manish Chandra, founder and CEO of Poshmark, said during a press event with the Korean media held in San Francisco and streamed online Friday (Korean time).

"Not only do we share similar business values, I see the merger with Naver has a key opportunity to build a next stage of growth for both companies."

Earlier this month, Naver completed the acquisition of Poshmark for US$1.2 billion and has the U.S. fashion platform under its wing.

Naver, whose business ranges from search engine and online community to webtoon, e-commerce and web broadcasting services, said the Poshmark deal is part of its long-term strategy to build a global portfolio linking South Korea, Japan and Europe with North America and to increase its competitiveness in the global e-commerce market.

Founded in 2011, the California-based Poshmark is one of the biggest online shopping platforms stateside, where users can buy and sell new and secondhand clothing, and other home goods. It has over 80 million users.

Chandra, the Poshmark official, said his company has ambition to become a leading e-commerce platform on the world stage and joined Naver on its way to achieve the goal. Poshmark launched overseas business in Canada in 2019 and in both India and Australia in 2021.

"Looking forward, this merger is aimed at creating a global player in online fashion," he said. "At a global level, we are very confident that we have shared vision and values and are very excited to set on a journey to become a global market leader in fashion e-commerce."

He said his company will be provided with new up-to-date features based on Naver's technology and experience, such as Naver's Smart Lens, deep learning-based image search service, and livestream shopping tools.

"This allows us to leverage Naver's powerful technology and our Poshmark platform and improve our user experience by evolving our marketing, search and engagement features," he said, adding that those new tools will help the company have a competitive edge over its rivals in North America. This image provided by Naver Corp. shows Manish Chandra (C), founder and CEO of Poshmark, speaking during a press event with the Korean media held in San Francisco and streamed online on Jan. 13, 2023. (PHOTO NOT FOR SALE) (Yonhap)   For the near future, he said Poshmark will make efforts to strengthen the merger and bring in many business opportunities to create more synergies.

"We will continue to spend time and energy in integrating our companies, leveraging Naver's advanced search and content technologies and our fascinating commerce community and engagement," he said.

But he stressed that Poshmark's management strategies including brands and employment will not be affected by the acquisition.

"We will continue to operate as we always have. No changes to our day-to-day work and operations. May be a few trips to Seoul," he said. "We will maintain our existing brand, community and employ base, and headquarters in Redwood City, California." 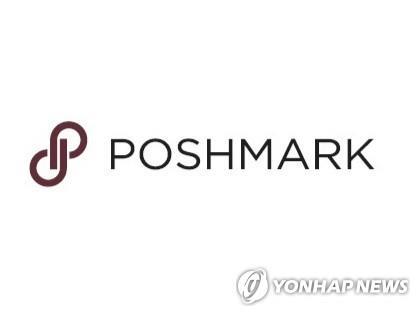 The corporate logo of Poshmark provided by Naver Corp. (PHOTO NOT FOR SALE) (Yonhap)